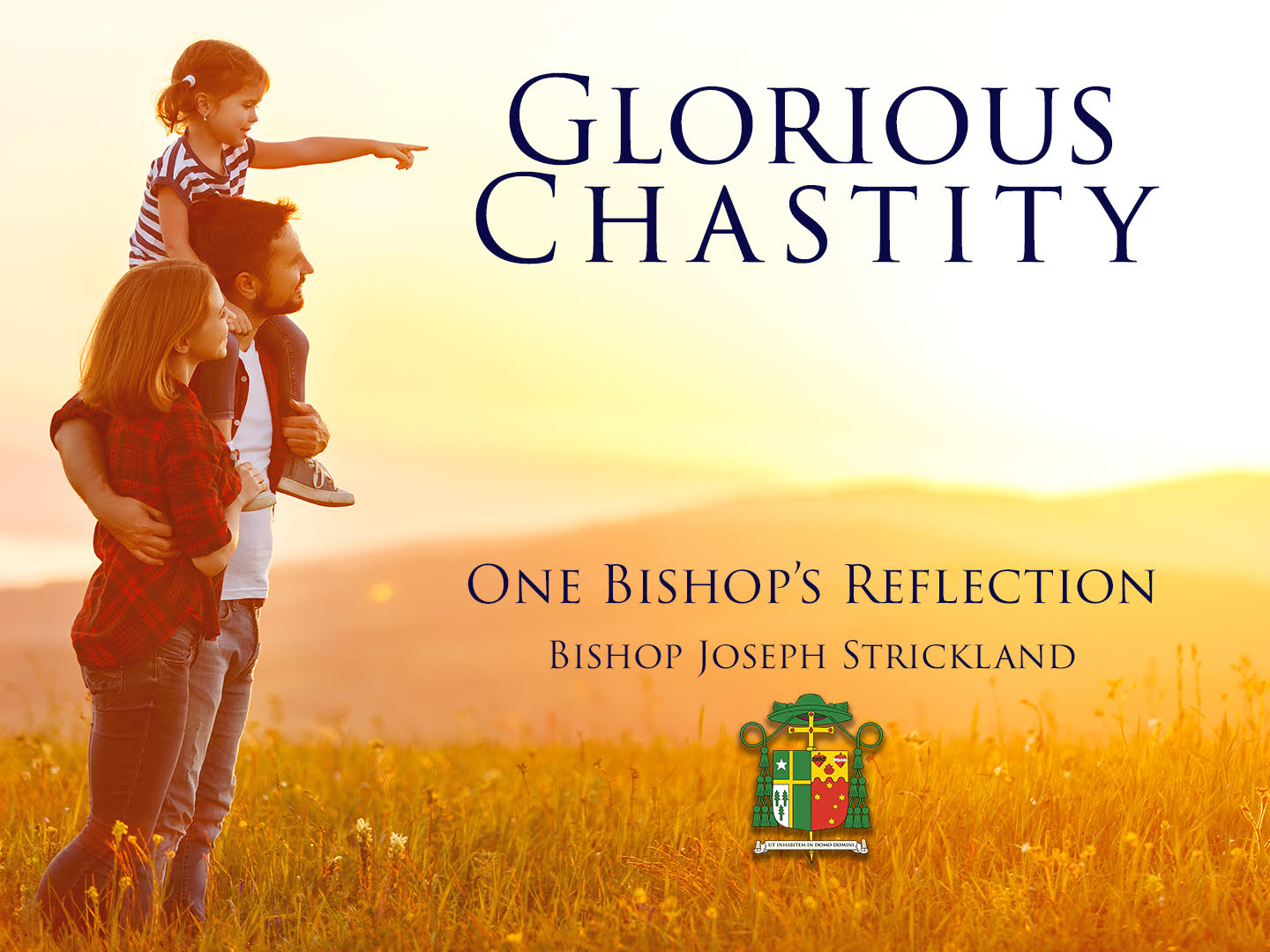 In the year 2019, we live in a world that’s off kilter. One of the deepest roots of the present chaos is the lack of willingness to embrace Glorious Chastity. I specifically use the word “glorious” because I believe it is God’s plan that obedience to His will with regard to this virtue is a key that will unlock God’s wondrous plan for every individual person and for all of humanity. Rather than Glorious Chastity, the prevailing reality in today’s world is Devastating Sex. Once again, I specifically use a word as strong as “devastating” because it describes what has happened to this very human faculty which has been dehumanized in so many ways. Rather than living Glorious Chastity according to God’s Divine Will for His children, the vast majority of the human family is caught up in Devastating Sex, which constantly wreaks havoc in the lives of the children of God.

God’s plan is for Glorious Chastity to always guide sexual desires along a path of accompaniment with His Divine Plan and the wondrous gift of participating in His creation. He has created us in His image. In His awesome love, He has opened the door for a man and woman to channel their natural attractions through His will to cooperate with Him in continuing His creative love in the world. The glorious beauty of God’s plan allows a man and woman, committed to each other in the marital bond, to be open to God’s creativity and to the possibility of begetting children as they express their love in profound intimacy. We need to step away from today’s casual familiarity with what a sexual relationship involves and be in awe of God’s grand design which allows us to truly live as His children. Glorious Chastity means that every legitimate sexual act is directed toward God’s creative plan. Even for the spousal love of a man and woman committed in marriage, they must always seek to live chastely. They are challenged to ensure that every natural urge and desire is channeled toward their one true love and blessed before God.

Sadly, the prevailing tendencies in our time veer much more toward Devastating Sex than Glorious Chastity. Devastating Sex can be defined as any sexual expression, whether alone or with another person, that does not follow the narrow path laid out by God. Devastating Sex happens when a person focuses only on arousal and sexual pleasure which is often accompanied by the plague of pornography. Pornography not only promotes Devastating Sex, but it erodes the dignity of the human person in varying degrees and multiple ways. Devastating Sex happens when a married couple interferes with the fertility of their love through contraception. Unfortunately, such a couple approaches the threshold of Glorious Chastity and God’s will for their sexual lives, but through contraception they close the door and say no to God. Devastating Sex happens when a man and a woman engage in sexual activity outside the bond of marriage. Moreover, it happens when persons of the same sex engage in sexual activity. This type of activity does not cooperate with God’s creative plan for life which is only possible when a man and a woman share in loving, sexual intimacy. All these aberrations go to the heart of why God has created us male and female. He created us with real physical differences that complement each other when they are lived in the commitment of marriage. We may not like the reality, but when people enter into sexual expression outside God’s plan it becomes Devastating. Let us seek a world where sex no longer brings devastation, pain, and hurt, but instead opens lives to God’s plan of Love.

Bishop Joseph E. Strickland was named the fourth bishop of Tyler in September of 2012 by Pope Benedict XVI. Prior to being named bishop, he served a number of roles in the diocese, including vicar general, judicial vicar, and pastor of the Cathedral parish. He was ordained to the priesthood in 1985.
Prev:  54-Day Rosary Novena for Teaching the Catholic Faith
Next: USCCB Meeting Message